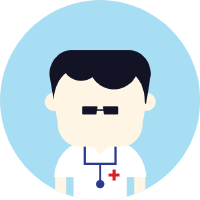 I'm Cecil, writer of Anywhere With You; Be Chill, Cease ill; Great Job, You Get A Star! My new interactive horror adventure, Versus the Curse of Allautou, is waiting for you on itch.io games. Games Create, under Lyron 1, contains several interactive story games you can play, free. In the past, I've written freelance feature articles, often with a first-person experience twist, for Planet Weekly in Tuscaloosa, AL/Jackson, MS, The Strip in Tuscaloosa, and most recently, since 2018, for Back Issue Magazine, an internationally-distributed interview collector focusing on comics creators from the 1970s to 1990s, many of whom worked on properties now popular in television and film! We wrote D'n'A: The Mountain; the IDW comic book, Hero Duty (with Joe Phillips, creator/artist); and the interactive YA horror Ciara's Haunting, a Select Your Own Excitement web of multiple storylines made up of options you, the reader, choose. Marc Kane and I, as Lue Lyron, write songs for Integr8d Soul for many years now, including eight and a half spent in San Diego, California You can give us a listen on reverbnation.com and bandcamp.com. We're working on new recordings, of indie rock songs that range from musical callbacks to the original days of rock'n'roll to gentle folk-influenced tunes and crunchy drop-C rockers. There's an ebullient heart beating beneath the often-upbeat, spiritual lyrics. Anywhere With You is modeled superficially on romance novels, as an effort to break out of my usually intensely-introspective prose style. It's the story of two young people falling passionately for one another, and coming into their own. Freedom, artistic dreams- and Romance. Physical copies of Anywhere can be ordered here: https://www.amazon.com/Anywhere-You-Southern-Gothic-Romance/dp/1499332041/ref=sr_1_4?s=books&ie=UTF8&qid=1476414012&sr=1-4&refinements=p_27%3ACecil+Disharoon

Give Up Your Earthly Possessions